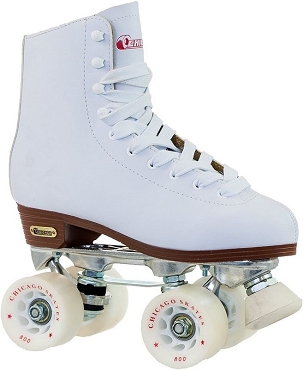 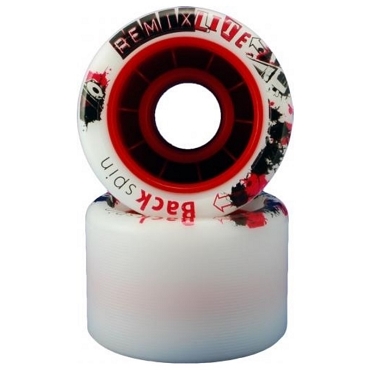 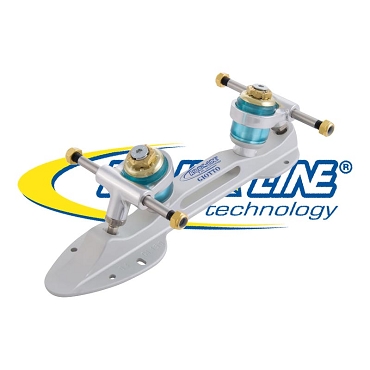 The oldest pair of skates known date back to about 3000 B.C., found at the bottom of a lake in Switzerland. The skates were made from the leg bones of large animals, holes were bored at each end of the bone and leather straps were used to tie the skates on. An old Dutch word for skate is "schenkel" which means "leg bone".

Around the 14th Century, the Dutch started using wooden platform skates with flat iron bottom runners. The skates were attached to the skater's shoes with leather straps. Poles were used to propel the skater. Around 1500, the Dutch added a narrow metal double edged blade, making the poles a thing of the past, as the skater could now push and glide with his feet (called the "Dutch Roll").

In 1848, E. V. Bushnell of Philadelphia, PA invented the first all steel clamp for skates.

In 1865, Jackson Haines, a famous American skater, developed the two plate all metal blade. The blade was attached directly to Haines' boots. The skater became famous for his new dance moves, jumps and spins. Haines added the first toe pick to skates in the 1870's, making toe pick jumps possible.

The first artificial ice rink (mechanically-refrigerated) was built in 1876, at Chelsea, London, England and was named the Glaciarium. It was built near the King's Road in London by John Gamgee.

In 1914, John E. Strauss, a blade maker from St. Paul, Minnesota, invented the first closed toe blade made from one piece of steel, making skates lighter and stronger.

The largest outdoor ice rink is the Fujikyu Highland Promenade Rink in Japan, built in 1967 and boasts an ice area of 165,750 square feet-- equal to 3.8 acres.